Reasons Why China Is The Largest Recycler In The World 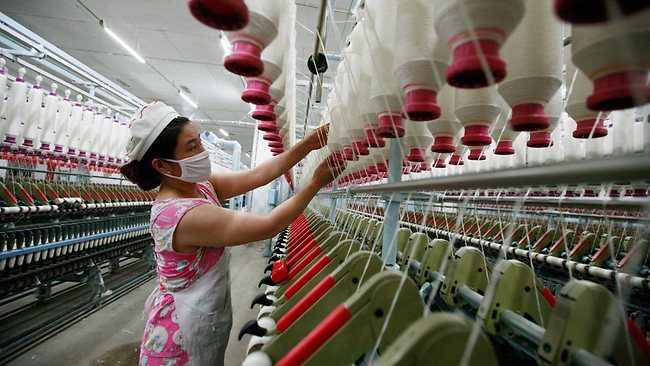 Did you know that China is the largest recycler in the world? It is a country that recycles more plastic, metal, rubber, and other products when compared to other countries worldwide. There are many reasons for this, one of which is obvious. It is the country that has the most people. It currently has nearly 1.5 billion people, with India close behind. As a result of this, they are going to produce more waste than any other country, and this waste needs to be properly handled. Some of it can be placed in landfills that is biodegradable, but a large portion of this waste comes in the form of plastic, glass, aluminum, rubber, and many other substances that create the products that we use today. Here are a few other reasons why China is the largest recycler in the world, and part of that reason has to do with how recyclable materials are handled on a worldwide basis.

Where Do Most Recyclable Materials End Up?

In each country, there are designated companies that are able to process waste. Some of that waste can be burnt, buried, and a portion of it can be recycled. Even though there are domestic businesses in these countries that will reprocess this material into new items such as plastic bottles, aluminum cans, and even rubber tires, much of this is actually sent to China to be recycled there. For example, more than 4 billion tons of waste which will include industrial, municipal and hazardous waste is generated on a worldwide basis. Some of this waste is very marketable, capable of generating nearly 1/2 $1 trillion in profit. The top destination for much of this is the country of China. They actually import millions of tons of discarded plastic, paper, steel, and rubber into their country. Statistics have shown that most of the waste in Europe, for example, ends up in China to processed.

Why Would Countries Send Their Waste To China?

First of all, there is quite a bit of room in China for creating new landfills. However, for the material that can be recycled, it’s all about the cost of labor. There are millions of people that actually sift through the recyclable material, including computer components, that can be broken down and sold to the highest bidder. As a result of the low cost of paying these people for the labor that they provide, they can turn a much larger profit. The Chinese are able to purchase this waste, and have it shipped at a cost that still allows them to generate millions of dollars in revenue by taking other countries waste products.

How China Is Setting The Bar For Processing Waste

China is taking this a step further because of all of the waste that they receive. They are actually creating one of the largest waste to energy plants in the world. It is said to have the capacity to burn 5000 tons of waste every day, utilizing at least one third of the trash produced by China itself into usable electricity. Although this is not helpful because of the CO2 carbon footprint that it is creating, it is eliminating much of the waste that would otherwise go in landfills. Once they are able to clean up the burning process, eliminating much of the CO2 that is released, this might serve as an idea for the rest of the world as to how to process waste products that can in turn produce usable energy.

Although China will continue to receive the majority of waste produced by the world, it is possible that things could shift. If their ability to process this waste, converting it into clean energy actually does work, other countries may follow suit. It would certainly cost less to keep waste in countries that produce it, and if electricity can be produced, this could become a very profitable business venture for many savvy investors. Hopefully more countries will begin to look at trash in more innovative ways as China is currently doing, helping to move toward ways of processing waste and create energy that might actually help the environment.